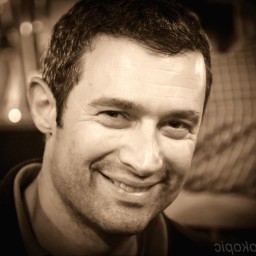 the DecPlay piano method (as featured on the BBC) is transforming the piano tuition world, enabling thousands of people to play piano for the first time, many of whom had tried and failed to learn piano by traditional methods. This method applies not only to popular songs, but also to beginner level classical piano pieces.

How Classical Piano Is Made Easy

This rapid progress is possible by replacing the abstract language of ‘notation’ with numbers and highlighting the simple chord structures on which the music is based. These chords are not shown in traditional notation and make learning and playing music much easier. For example, the main theme of Beethoven’s Fur Elise uses just 2 chords and the majority of the pieces listed can be played using the same 6 chords.

Conventional Wisdom Turned on Its Head

Conventional wisdom says that you need to have piano lessons and learn to read the abstract language of 'music notation' if you want to play classical music on piano. Indeed some people thing that this is the only way to play ANY type of music on piano. Professional musicians in the popular music world have proved otherwise for decades. When did you ever see Gerry Lee Lewis, Elton John or indeed ANY pop star use music notation when they perform? Many artists such as Sir Paul McCartney have stated that they have never learnt to read music notation as they don't need it to play the piano.

It is true that it would be hard to learn complex classical music without any type of lessons and if the intention is to play classical music to a high level, then traditional lessons from a private piano tutor would usually be recommended. However, if the intention is to make some progress in a fraction of the time and cost, then online lessons can be really useful. Using the DecPlay system (as featured on BBC), beginners can often learn to play simple classical pieces within days/weeks, sometimes even within hours.

For example simple classical pieces can be learnt fairly easily using DecPlay's alternative to traditional notation (called PianoTabz), which can be easily understood by beginners in minutes.

Examples of simple music that can be learnt this way include:- the main themes of Beethoven’s Fur Elise, Moonlight Sonata, Pachelbel’s Canon in D, Bach’s Minuet in G and Prelude No.1 in C

Using PianoTabz sheet music, beginners can often learn to play simple classical pieces within days/weeks, sometimes even within hours. This rapid progress is possible by highlighting the simple chord structures on which the music is based. These chords are not shown in traditional notation and make learning and playing music much easier. For example, the main theme of Beethoven’s Fur Elise uses just 2 chords and the majority of the pieces listed can be played using the same 6 chords.

Some classical pieces suit the ‘lead sheet’ type of arrangement with the sheet music showing melody and chords. Using chords gives a lot of flexibility in how the accompaniment is played, enabling a variety of styles from beginner to advanced level, to be played using the same sheet music. Other pieces that have a very distinctive accompaniment that requires exact notes to be played are better suited to traditional sheet music or ‘ClassicPlay’ sheet music (which replaces traditional notation with numbers to make it more accessible).

DecPlay is an online piano course which uses a ground breaking system of numbers and patterns known as 'PianoTabz'.  I developed, and honed this system over many years because I believe the joys of piano should be accessible to everyone.   Many people give up on the piano after finding traditional lessons a bit of a grind, or after struggling to learn the abstract language of notation (the dots on lines which is the traditional way of writing out music).  Frustrated that so many people were missing out, I made it my goal to come up with a system that would make it as easy as possible for anyone to learn.

After spending 12 years in formal training myself, and having spent over 40 years exploring different styles of music (popular, blues, jazz, playing by ear, improvisation etc…) I took the most effective techniques from all I’d learnt and distilled them into the DecPlay method.  DecPlay reveals the simple patterns inherent in popular music and replaces traditional notation with a more intuitive way of setting out music.  This demystifies the way music is constructed and presents it in a way anyone can understand, within minutes.

This intuitive patterns-based approach not only makes music more accessible, it also facilitates incredibly rapid progress. Understanding the patterns minimises the amount of information your brain needs to retain in order to play a piece of music and, as a result, beginners can advance their skills rapidly.  An additional benefit of DecPlay is that players of all levels can play from the same song sheet so students don’t need to access multiple versions of the same song as they progress.

The DecPlay method also allows flexibility in how the accompaniment is played, and which fingers are used.  This makes it much easier for people with limited hand movement to play piano, lending itself particularly well to seniors or other students learning later in life.  By using numbers instead of letters, the distance between piano keys is instantly clearer, making it much easier for players to follow the instructions on the song sheets.

Many of our students are in their 60s, 70s, 80s and 90s and some of their challenges include dyslexia, low sight, arthritis, low hearing and muscular atrophy.  The simplicity of the DecPlay method suits people with these challenges very well, and leads to remarkable results.  Many students are playing music for the first time in their lives, and are confident enough to play in public within weeks of starting to learn.  For example, Jean (aged 91) had been unable to play piano after a stroke, and was struggling to re-learn using traditional methods. Within one week of joining the DecPlay course, she was able to play several songs, and has even given inspirational talks to the other students.

The level of support our students provide for each other is heart-warming.  They interact with, and support, each other via the Student Facebook Group and fortnightly Zoom Q&A sessions.  In fact, some tell me that the Facebook group feels like a second family and, indeed, for those who have lost partners or missed out on visits from friends and family during the pandemic, it has proved to be a lifeline.  As one Senior student put it “Being part of this group has been inspirational for me.  Everyone supports everyone else, which is wonderful.”  The braver among them upload videos of themselves playing as a way of sharing their progress and encouraging the others.  While this doesn’t come naturally to some, once they take the leap, there is generally no looking back!

This sense of belonging and achievement appears to have bolstered the mental wellbeing of many. One student told us “It has been great for mental health and getting a little more life back” – a statement which is backed up by research which shows that making music can lessen depression and anxiety: https://www.livescience.com/40597-playing-musical-instrument-good-health.html.

It appears it’s not only mental wellbeing that is enhanced.  According to this article from the National Center for Biotechnology Information (https://www.ncbi.nlm.nih.gov/pmc/articles/PMC6368928/) there is evidence that learning to play the piano affects neural pathways, creating what the authors term “positive outcomes” for auditory & cognitive functioning, and for dexterity.  According to the article, osteoarthritis sufferers who practise regularly on an electronic keyboard experience a decrease in arthritic pain and an increase in strength in their fingers – a benefit which carries on into other aspects of their lives.  One of our students, a long-time arthritis sufferer, told me recently that after a few months of playing regularly she no longer experiences pain in her fingers, and finds she no longer needs her pain relief gel.  Another student commented “the piano has been a great way to stretch my hand and get movement back.”  In this article from the New York Times (https://www.nytimes.com/1985/10/27/nyregion/for-arthritis-victim-piano-is-treatment.html) a doctor overseeing a patient’s arthritis as she plays piano, notes “I think it has helped her hands … it maintains strength and range of motion in the joints.”  What a great way to give your fingers the workout they may need!

You Are Never Too Old to Learn Piano

I always believed that you are never too old to learn piano, but I never anticipated it would actually help relieve pain, or enhance their general sense of wellness to such an extent.  As another of our Seniors says, “I've achieved my childhood dream in my 80s - I love it!”

It seems it’s never too late to try something new and reap the rewards…….

Where should we send your FREE Starter Pack?

let us know by entering your details below

How Do I Know DecPlay Is Genuine?