1st song in days ..... intermediate level in weeks ... no need to learn notation

From total beginners, to existing players struggling with notation, arthritis and the left hand - the results have to be seen to be believed .......

Progress in 1 to 4 Weeks

Peek Behind the Scenes

I Cant Help Falling In Love With You - Eric 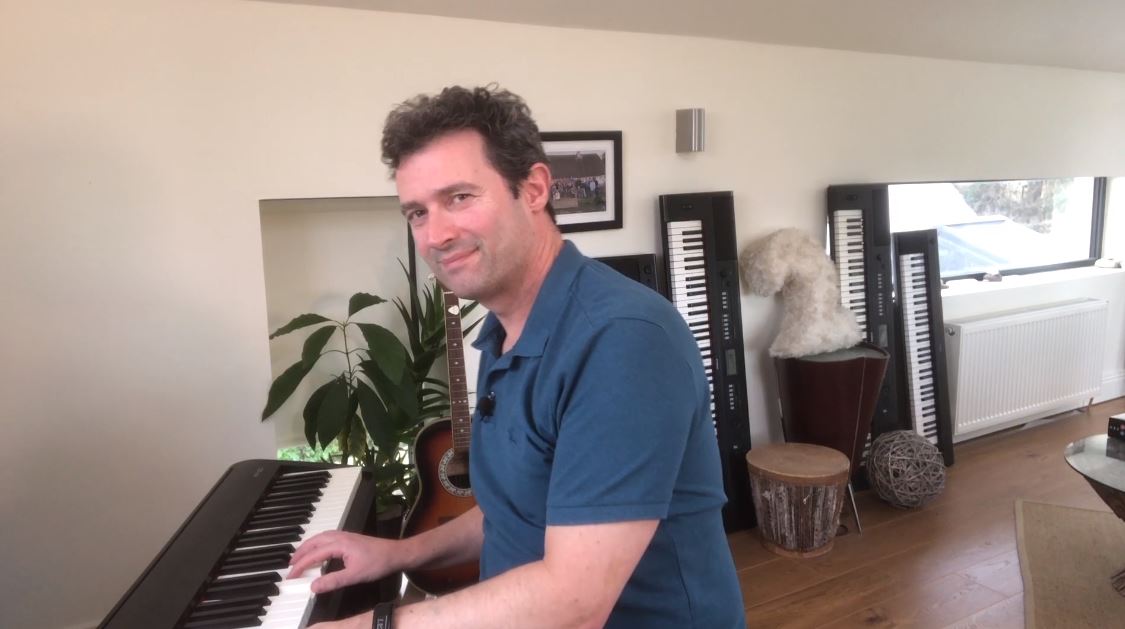 I must admit I was sceptical when reading the reviews, I really didn't think it could be possible to play a tune almost instantly, however I finally paid my money and signed up yesterday. Within an hour I was playing Amazing Grace very slowly but recognisable. Now I am hooked, my poor dogs got a shorter walk as I was so keen to get back to watching more tuition .

I give it ten out of ten! Being visually impaired does make things harder for me doing anything, but I find the video of Amazing Grace easier to follow. I’m beginning to get the hang of it now!
I just want to say that I think Decplay is a brilliant skill for seniors to learn. We can all learn new things whatever age we are. I think it’s brilliant that you have set this up for seniors. There is often the view that because we are older we should stay on the shelf or go and play bingo!
You are doing a grand job for us all. It’s brilliant that we get to interact with each other and make new friends.

For years I have struggled with reading music because of sight problems, but your way of tuition is absolutely brilliant. I have had to force myself away from my keyboard, else I wouldn’t get any housework done!!!! Thank you a million times!!!! God Bless.

You are doing a great work and have a wonderful gift in helping others to realise their dream. God bless you and your team.

Gloria
I bought my Yamaha electric piano a few years ago but then gave up trying. After my partner died I never touched the piano, but then then I joined DecPlay and you inspired me to get playing again. My sister lives far away and now every week we send each other a video via whatsapp of us playing a piece of music, so thank you very much.


Lesley
Thank you for all your encouragement. I couldn't do this before going on your course. My original repertoire consisted of 5 badly played pieces, took 60 years to create and never seemed to improve. In six weeks, I can now play nine more songs AND with fewer mistakes.


Merv
"This is an amazing method of learning music and playing. I have amazed myself after only a few weeks, at what has been achieved and I'm now able to play. Even though since my teenage years and onwards I have had many starts and stops at trying, this is the only course that has got me really learning, and playing already several songs. To have achieved such progress in a matter of weeks is incredible, so thank you Dec, you will never know how much this means to me.'

As there are so many piano tutorial systems on the internet it’s hard to decide which one to pick. The first one I chose was fine and the second one a bit better, but the rewards each brought didn’t match the effort I was putting forth. What they, and every other course I looked at had in common was reading notation. While I became reasonably adept at playing the standard chords, trying to readily decipher the melody from notation and immediately applying each note to the keyboard was simply overwhelming.

Thankfully, I happened upon the DecPlay intro video and after viewing, signed up to receive the three “piano secrets” videos. Declan is quite engaging and makes you feel as though he’s having a one-on-one conversation with you. Each video is great as the curtain of piano complexity is progressively torn away by his teaching method.

I immediately sent for the FastPlay program which is certainly aptly named. Utilizing Declan’s chord patterns and relative numbers system, I’m able to play songs I enjoy in a relatively short amount of time and experiencing the pleasure of creating music for the first time in my life.

Finally, any time I have a question I simply email Declan and he responds back within hours despite the eight hour time difference between us. It’s like having your own private piano teacher who is genuinely interested in helping you achieve your playing goals.

I'm working my way through fast play plus and it's great -I did grade 3 piano when I was a child and have been trying to improve my playing for a few years now -this method is so much simpler! I thought the tips on improvisation are good and I've enjoyed adding a few bits to some of the song sheets I've downloaded,  which I haven't had the confidence to do before!

"I have always wanted to learn to play the piano, and finally at age 62 and retired, bought a keyboard and got started. I found the traditional way of learning so incredibly hard I almost gave up. But then came upon the Decplay method and decided to give Fastplay a go!

I was I have to admit a tad sceptical regarding the notion of being able to play recognisable tunes after only one hour but that is exactly what I found myself doing, using the simple numbers, colours and patterns of the system.

It is just so exciting and playing songs so fast is great for one's confidence - I cant wait to go on and learn more tunes and start with Proplay. I would say to anyone who wants to play, don't hesitate, go ahead and give it a go. If I can do it, anyone can. Thank you Declan for this truly amazing idea and for giving me this opportunity."

This past Tuesday, my wife and her friend, asked me to drive them to the Salvation Army Thrift Store.

At the store just inside the door in the lobby was a beautiful black Baby Grand Piano.  Asking only $399.95.  If I only had room for it.

I walked through the store with the girls and left them in the furniture department.  I went back to the piano.  Sat down and started playing C scales up and down the keyboard.

Some of the lower keys were badly out of tune.  Things got better from middle C up.  Played some more scales then practiced all the chords I had learned.  Then I launched into :AMAZING GRACE".

After about the third chorus, from within the store the customer were singing, whistling, or humming along. When I started over on the first chorus; about 5 people were gathered around  the piano.

They joined in singing. When I finished they applauded and complimented me.  My first public appearance was a success!!

I can't thank you enough for your wonderful course.

“Thank you thank you! You busted my own myth about how quickly I could learn a piece on piano! I am amazed at how easy it was and that I could actually play! “