Piano Made Easy for Senior Citizens 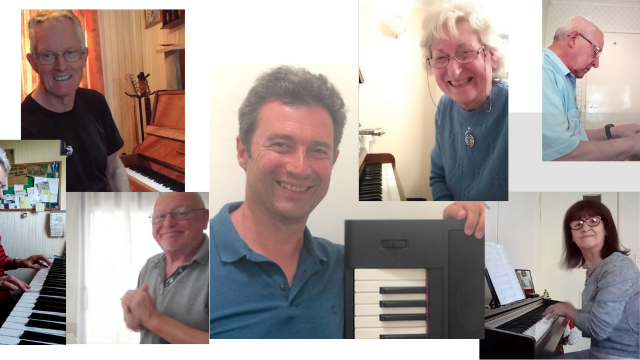 I was sceptical at first but DecPlay really is incredibly easy! 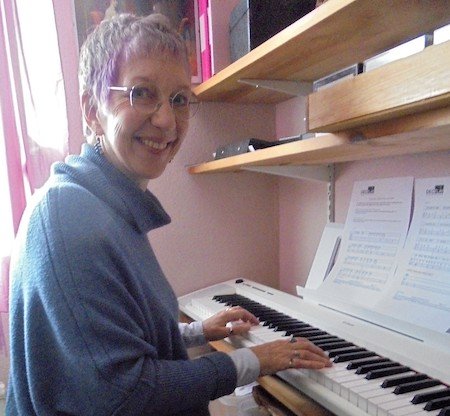 "I was sceptical that I'd ever be able to master piano playing - but DecPlay is so easy to grasp, I'm now playing songs and having fun. I would highly recommend it to anyone of any age or ability." ... click here for more 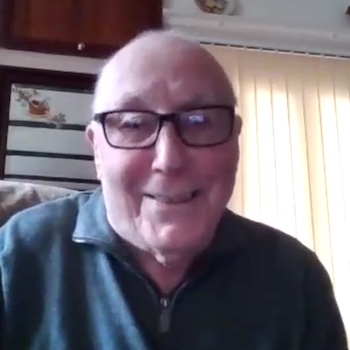 "Its easy to follow - you get get straight to playing the songs you love - no scales or notation" ... click here for more 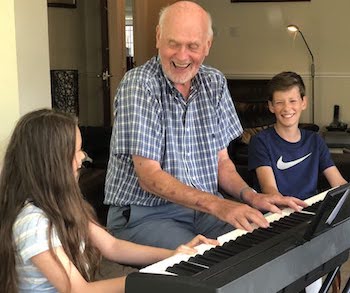 "As a child I struggled to read sheet music so that was the end of piano for me, until age 79 when I joined DecPlay and learnt my first song within 5 days!"  ... click here for more 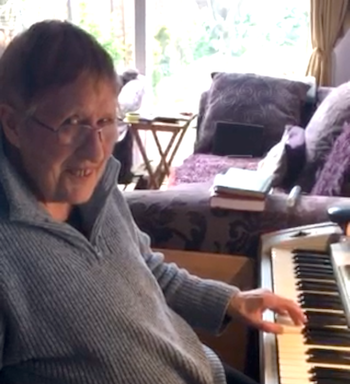 “Age is just a number - if you have passion for music, you are half way there - give it a go and you will see how easy it is” ... click here for more

I'm sharing the secrets of the 5 Step Formula in the FREE Piano Workshop video
- see video below for details :-

I could read a bit of music and play tunes in my right hand but didn't know what to do with my left hand.

Within days I learnt to play 2 songs, with both hands.

I am now retired and over the years I had tried learning piano but found it overwhelming.

The DecPlay system made it possible for me to play right away, with just a modicum of practice, Genius!

I'm experiencing the pleasure of creating music for the first time in my life.

At 59 yrs I had never played an instrument and was unable to read music (having tried several times).

Within weeks the DecPlay system enabled me to play songs I love on piano.

It's great that I don’t need to 'read music' in order for me to play and enjoy the piano every day.

DecPlay students have proven that you are never too old to learn piano with many students starting to learn in their 70's, 80's and 90's. As long as you have the passion for music, the 5 Step Formula and a bit of practice will do the rest.

I'm constantly inspired by the wonderful motivations that drive my students to take up piano.

For some, it achieves a lifetime ambition of playing piano, especially if they tried and failed to learn piano using traditional piano lessons. It's amazing to witness the moment when someone who has spent a lifetime believing they weren't musical, discovers that they CAN play piano.

For others it's to be able to actually 'enjoy' playing piano after many years of 'old style' piano lessons, often with memories of a scowling teacher, terror of examinations and boredom of scales!

The mental, physical and emotional benefits of playing piano are widely known but it's especially heartwarming to hear students with physical challenges (arthritis, MS, stroke...) say how much playing piano has helped them.

Leaving a Legacy of Music

For some, the motivation is to pass on a legacy of music to their grandchildren. Steve had fond childhood memories of family sing songs as his grandfather played piano. By the time Steve retired, there was no-one who played music in the family anymore, to he took it upon himself to learn piano, to encourage his grandchildren to play.

Within days of learning the DecPlay formula, he was playing carols and having family sing songs. Within a few weeks, he had shown his granddaughters how to play Silent Night and a few days later, his daughter saw her children playing and wanted to give it a go too.

The very next day, she sent Steve a video of her playing Silent Night as well - so within weeks of Steve Joining DecPlay, 3 generations of his family were playing piano!

The DecPlay 5 Step Formula makes learning piano much easier by using 'playing patterns' which uncovers the simple patterns that exists in most songs.

Similar playing patterns have been used by many professional musicians including The Beatles, but until now, they were inaccessible to piano beginners.

DecPlay makes these patterns easy to understand. This enables senior citizens to learn songs on piano within days / weeks, even if they have no previous musical experience, or have previously tried playing music and struggled.

Traditional piano sheet music shows the notes in the form of 'notation' which was a language designed for complex classical music.

As it is an 'abstract' language (dots on lines), it can take a long time to understand the language and some people never manage to master it.

Professional musicians often use a much easier language which was designed for playing popular songs and DecPlay translates this language so it can be instantly understood by everyone, including beginners.

DecPlay is the only method designed for senior citizens and translates the music and playing patterns to make them easily accessible for people with:-

Learning piano by traditional methods is great if you want to play complex classical music, but it is a slow process. I spent 12 years doing traditional piano lessons and I only had a limited repertoire of examination pieces that I didn't enjoy playing. I couldn't play with confidence and ease or memorise songs easily, or play popular songs at parties - that's why I created the DecPlay method.

Traditional notation only shows individual notes, not chord patterns and pieces like Beethoven's Fur Elise (first part), Pachelbel's Canon in D and thousands of popular songs only use a tiny number of chords which makes them very quick to learn. For example the main theme in Fur Elise main repeats the same 2 chords and the next theme adds only 2 more chords. The melody line is a series of repeating phrases with small variations to the phrases that can be learnt really quickly.

Many professional pop stars use the 'playing patterns' and chords approach eg this is how Sir Paul McCartney wrote and played hits like Let It Be. The DecPlay system extends this approach, adds a system for the melody and uses relative numbers (like Jazz and Classical music theory), making it effective for instrumental pieces, absolute beginners and enables the professional style of playing, advanced skills (improvisation, instant transposition from the same song sheet etc....).

Writing the music (melody and chords) using relative numbers instead of absolute pitch and learning 'playing patterns' makes playing pieces like Fur Elise easily accessible to people who have struggled for years with traditional notation.

Whilst DecPlay is not designed for complex classical music, it makes simple pattern based classical pieces as well as the majority of popular songs, quick, easy and fun to learn.